Dmitri Smolansky, head of portfolio management and lead portfolio manager of SECOR’s equity hedging strategies, addresses the potential impact to the equity risk premium as the tensions between Russia and Ukraine intensify.

Many investors continue to be puzzled by the situation in Ukraine and its impact on the markets. Indeed, Ukraine is a small (in Dollar terms) economy, and a relatively small trading partner for Western Europe, with almost no trade with the US. Even if Europe and the US apply the most severe sanctions to Russia, the economic impact on the global economy is not likely to justify the ~7% equity sell-off we believe can be attributed to the increased Russia-Ukraine tensions. What’s going on and should investors be worried?

To answer this question, we need to try to understand an agenda of the most important player in this scary game – Vladimir Putin. If readers would like to hear a good analysis of Mr. Putin’s motives, I recommend listening to a wonderful podcast titled Why is Putin Threatening to Invade Ukraine (Again)? by Deep Dish on Global Affairs.[1] It was aired on December 16th, but it could not be more relevant today. The most important points made by two experts interviewed (Melinda Haring and Maria Snegovaya) are as follows:

This is a good framework in which investors should view the current events. In this framework Mr. Putin’s actions are sensible: he used instability in Eastern Ukraine to advance his agenda and the only open question is whether he is willing to push for a full occupation of Ukraine or would be willing to stop after grabbing the Donbas region. It is likely that he is watching reactions from the West to adjust his own actions. So far, the weak and inconsequential first set of sanctions from the US and Europe only confirmed Mr. Putin’s view that full Ukrainian occupation is a possibility. Mr. Putin may also be betting that it will take time to reconcile interests and policies across the major Western allies – UK, Germany and the US.

But how do we explain market actions? For this we need to reconcile equity market behavior with other assets. A war, small or large, impacts equity markets through two channels: its impact on the earnings and its impact on risk premium. An impact on earnings is usually related to an impact on the economy, therefore, if investors were concerned that the global economy was going to suffer because of this war, we would see falling bond yields. However, bond yields rose this month indicating that investors do not expect a meaningful impact on the global economy. Since the beginning of the year, the bond market has been more concerned about changing inflation expectations and their impact on interest rates. Until February 23rd, the bond market did not exhibit concerns about the Russia-Ukraine situation.

Thus, the reason for equities to be down is that investors are re-assessing the equity risk premium. This is not entirely surprising given the very low risk premium of recent years. Equity risk premium is related to many factors, and, unquestionably, global geo-political stability is one of them. For the last 30 years, we lived in the world where the size of a country’s army was inconsequential. It has been a world where governments and investors could focus on economic and social issues and the notion of a war seemed to belong in the past – as far as the Western World was concerned. The world in which Russian tanks are stationed on the border with Poland – the country we have committed to protect in accordance with NATO agreements, is a different, much scarier world. This new geo-political concern coincided with concerns about inflation. Suddenly, between December 31, 2021 and February 23, 2022 we moved from the happy world of the 21st century into something that smells like the 1970s – the world with high inflation and a cold war. Investors priced US equities completely differently in the 1970’s: an average P/E ratio in the 1970’s was ~12 and it was just slightly above 7.2 at the end of 1979. This is a stark contrast from the current P/E of ~22.[2]

What should we watch for in the coming days? A strong stance from the US can help – if the US and its allies apply painful sanctions on Russia and Mr. Putin decides to seek political rather than military solutions, many of the concerns are going to be alleviated. It’s also possible that even if the Russian army advances in Ukraine, some sort of a peace agreement is going to be negotiated. While this is not going to resolve all the long-term issues, investors are likely to be relieved for the time being. In a bad case scenario, the Russian army captures Ukraine and advances all the way to its Western borders. If that were to happen, equity markets can potentially go much lower. We believe that investors who try to adjust their exposures based on the current situation in Ukraine should carefully weigh these scenarios as well as the many unknown unknowns that are always present in the world of geo-politics. 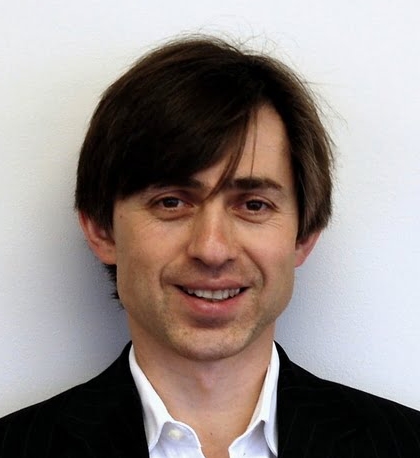 Dmitri leads our portfolio management team. Dmitri has close to 25 years of investment experience, including the management of global macro and GTAA portfolios at Citigroup, Man Financial, Bleecker Street Capital LLC, and General Motors Asset Management. Dmitri holds a BS in Statistics from the University of Illinois and an MBA from New York University.